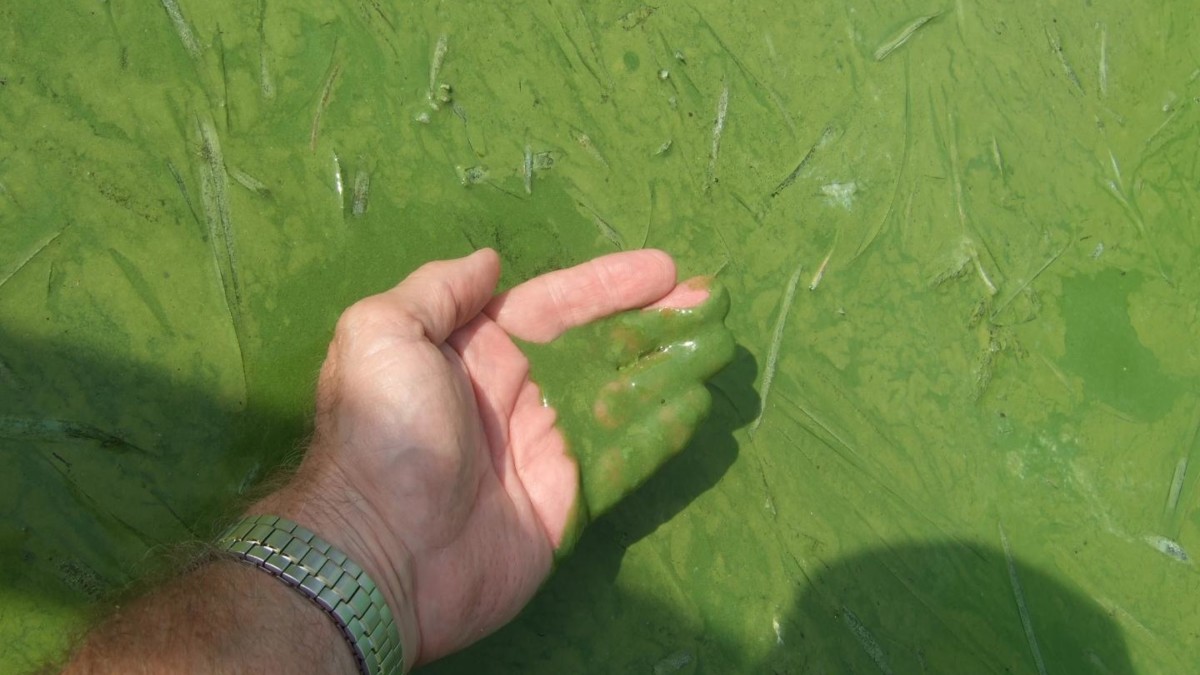 With summer upon us, communities surrounding the Great Lakes—in particular, the Western Basin of Lake Erie—are anxiously awaiting what kind of algae season lies ahead. The 2014 excessive toxin levels led to the Toledo water crisis which disrupted drinking water access to over 400,000 people. Residents and government officials are keeping an eye on the lake, hoping that mitigation plans put in place to reduce nutrients entering the lake are working.

With heavy rains in May combined with higher than normal winter and spring temperatures, it is probable that this year’s algal bloom may be more severe than in 2016. The 2017 HAB (Harmful Algae Bloom) forecast, issued by the National Oceanic and Atmospheric Administration, projects a higher bioavailability of phosphorus, which in turn could mean a larger seasonal bloom.

“Due to torrential rains during the first week of May, runoff into the Lake Erie has been significant,” said Allan Adams, our Director of Science. “Weather conditions could be aligning similarly to seasons of heavy blooms in the past. There is substantial nutrient load related to extremely high peak rain flow events from the early May.”

Weather conditions could be aligning similarly to seasons of heavy blooms in the past.

Lake Erie is not the only water body that has been severely impacted by recurrent blooms of cyanobacteria. More than 20 U.S. states reported substantial algal blooms last year. In Florida, Governor Rick Scott declared a state of emergency in four counties due to algae mats that resembled thick guacamole that extended out into the ocean.

Satelytics is a Critical Tool in the Fight Against Algae Blooms

The power of the cloud, proprietary algorithms, and autonomous software allow Satelytics to turn the tedium of manual sampling into a simple, repeatable process. Satelytics can monitor an ongoing stream of satellite data, covering the entire waterbody and synthesizing that massive data into actionable maps and alerts.

Satelytics is used by various environmental & civil engineering groups as well as utilities, oil & gas companies, and other organizations responsible for managing water bodies. The platform allows operators to immediately assess water conditions right from their computer, tablet or smartphone without having to dispatch sampling teams; and further, unlike physical sampling, we provide a complete picture of what’s happening across the entire body of water.

This critical tool can be used to highlight areas of concern, rank proposed mitigation efforts, and quantify their results. In addition, Satelytics can dip into historical archives of a waterbody allowing clients to trace the historical pattern of nutrient loading, and develop a plan to curtail it.

Satelytics has the amazing ability to distill terabytes of satellite data into action. With the advent of nano-satellites and satellite constellations, revisit times will continue to decrease eventually allowing for near-real-time monitoring of water resources. Processing this tremendous amount of data will only become more critical as the pressure to preserve our critical water resources increases.

What follows is a series of Satelytics rendered images of phosphorus, a key component of agricultural fertilizer, looking at relative concentrations and a variety of tributaries responsible for the algae blooms in the Western Basin. These images captured by Landsat on 5/18/2016.