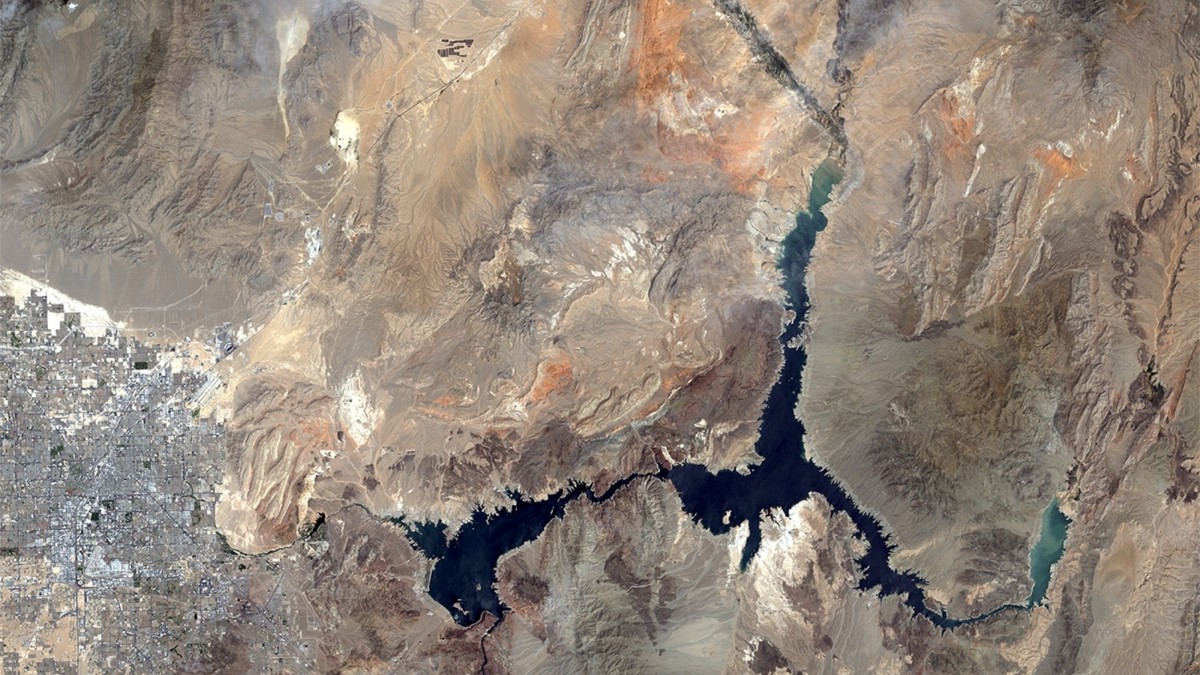 Lake Mead, the man-made reservoir that serves water and electricity through the Hoover Dam to over 20 million residents in Arizona, Nevada, and California is at al all-time low since the Dam was first completed in 1937.

The U.S. Bureau of Reclamation expects the surface level to drop to nearly 1,070 feed above sea level by the end of June before it is refilled to the critical water-level mark and avoiding any interruptions of water service.

Allan Adams, Director of Science and Professional Services at Satelytics

The Colorado River Basin is weathering 16-year drought, the worst in 100 years according to Rose Davis, Public Affairs Officer of the U.S. Bureau of Reclamation. Climate change is the culprit which has contributed to lower than average runoff from the Colorado River.

Satelytics, a provider of satellite image analysis software, uses algorithms to monitor, measure, and analyze infrastructure and natural resources. “The surface area of Lake Mead in May of 2000 was over 145,700 acres,” Allan Adams, Director of Science and Professional Services at Satelytics, said, “in May of 2016, it was just under 79,000 acres.”

Satelytics provided the imagery below showing the stark differences in the surface area of Lake Mead. 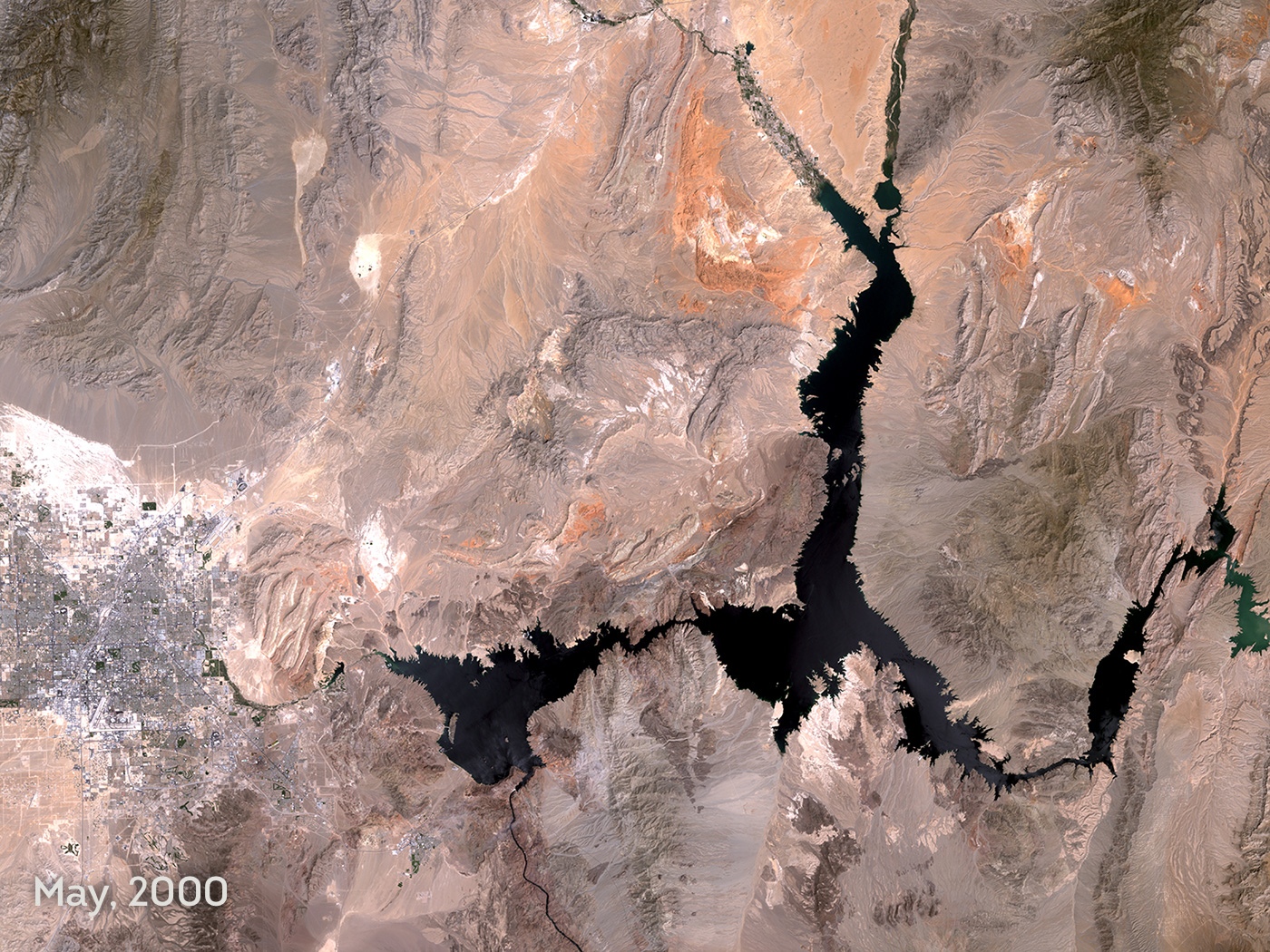 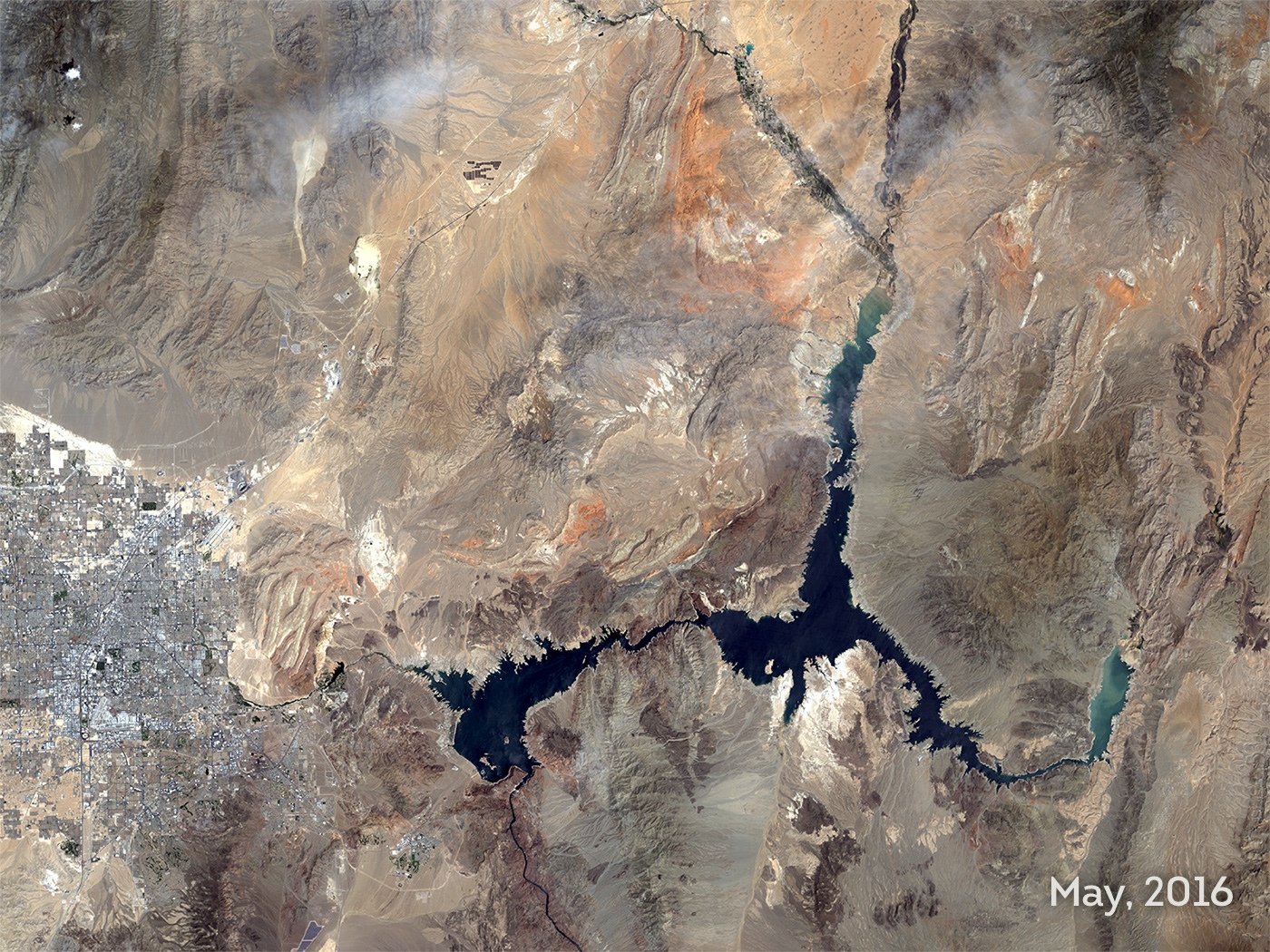 Several efforts are underway to conserve water in both states in the upper basin and those it services that will contribute to the refilling of Lake Mead, Davis said.

The Colorado River System Conservation Program is looking to conserve 1.5 million to 3 million acre-feet of water over the next five years in the lower basin states. One acre-foot of water is enough to supply two average homes in Las Vegas Valley for just over a year, the Las Vegas Review-Journal reported.