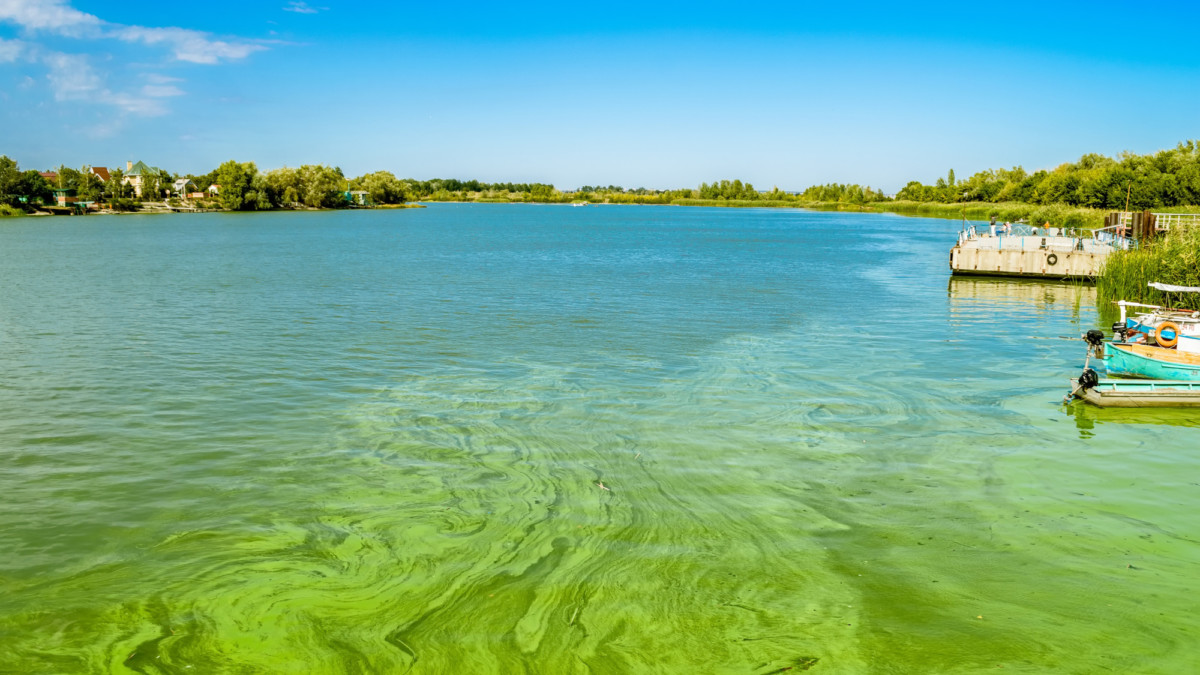 Toxic Algae Blooms on the Rise, Here’s How They Look From Above

The year 2016 could hardly be said to be a good year for anyone, unless you happen to be one of the many toxic algae blooms flourishing in our nations lakes, rivers, and coastlines. They’re a growing problem and they're on their way to a lake or river near you.

A report released by Environment America, a Boston-based nonprofit, linked the growth of these toxic algae blooms to agriculture. Important sources of food for algal booms are the plentiful nitrogen and phosphorous found in many agricultural fertilizers. Fertilizer runoff from heavy rains and over-fertilizing ends up in adjacent rivers, lakes, and reservoirs supplying the algae with everything it needs grow.

While algae is a necessary part of any water ecosystem, large clouds of algae can be as thick as guacamole and are responsible for shutting down fisheries, closing beaches, dampening tourism, and causing serious health problems in both humans and animals.

The EPA predicts rising water temperatures due to climate change could compound the problem meaning we’ll be living with these types of algae blooms for many years to come.

From Florida to Utah and up to the Great Lakes, it seems you can’t escape these toxic clouds. We pointed our eyes at several large bodies of water around the U.S. so you can see first hand where the problems are and what they look like.

Using our software suite, Satelytics, we ran satellite imagery through our proprietary algorithms that allow us to determine concentrations of phycocyanin. Phycocyanin are a group of blue photosynthetic pigments present in cyanobacteria, known as blue-green algae, which produce many toxins that are highly poisonous to humans and animals. Basically: the higher the presence of phycocyanin, the higher the presence of the toxin-producing cyanobacteria.

Move the sliders across the images to see the comparison between the natural color imagery and the data overlay. 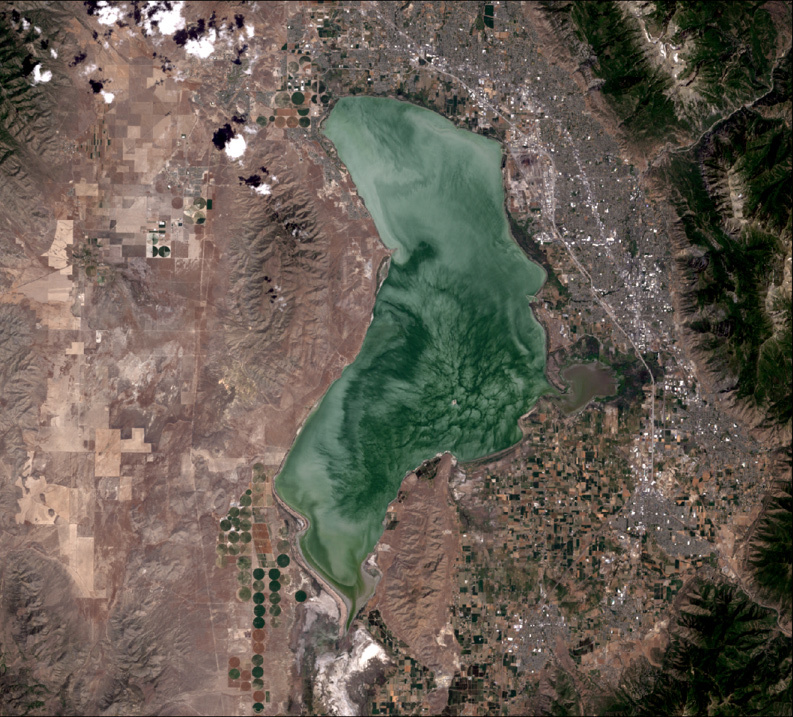 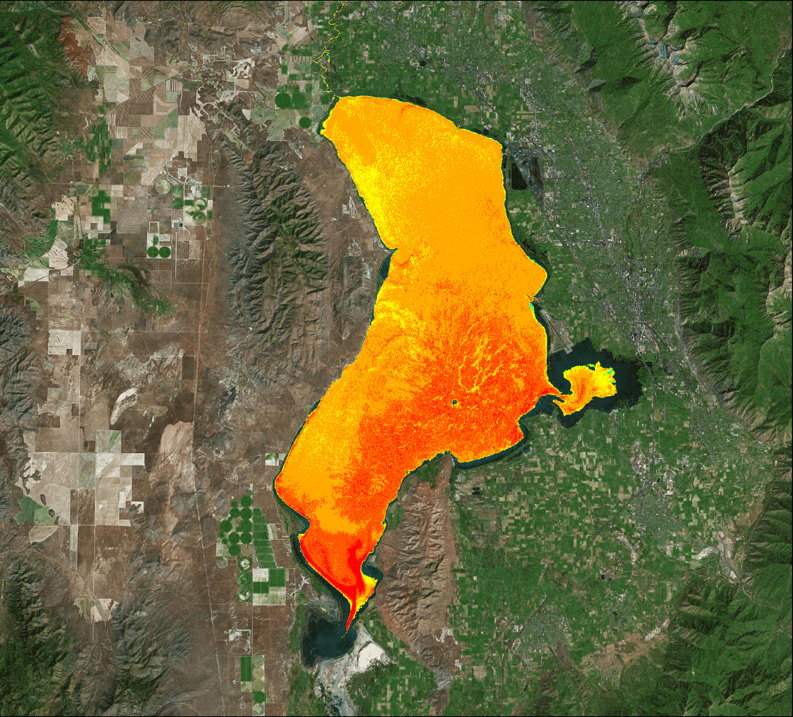 Utah lake has had several published reports of illnesses related to the unusually high amount of harmful algae in its waters. Satelytics does not paint a pretty picture  with heavy concentrations of phycocyanin pooling in the southern half of the lake and an elevated concentration covering the entire lake. 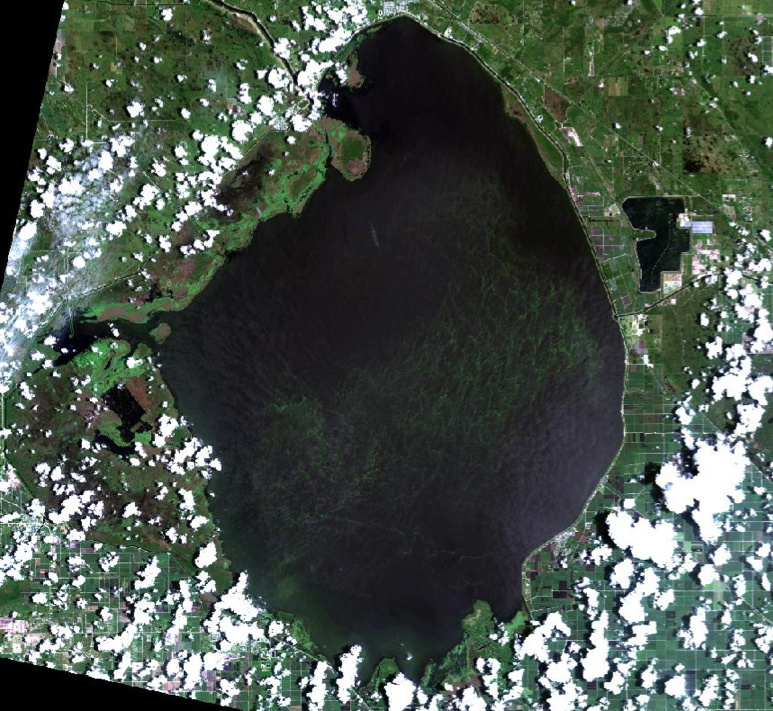 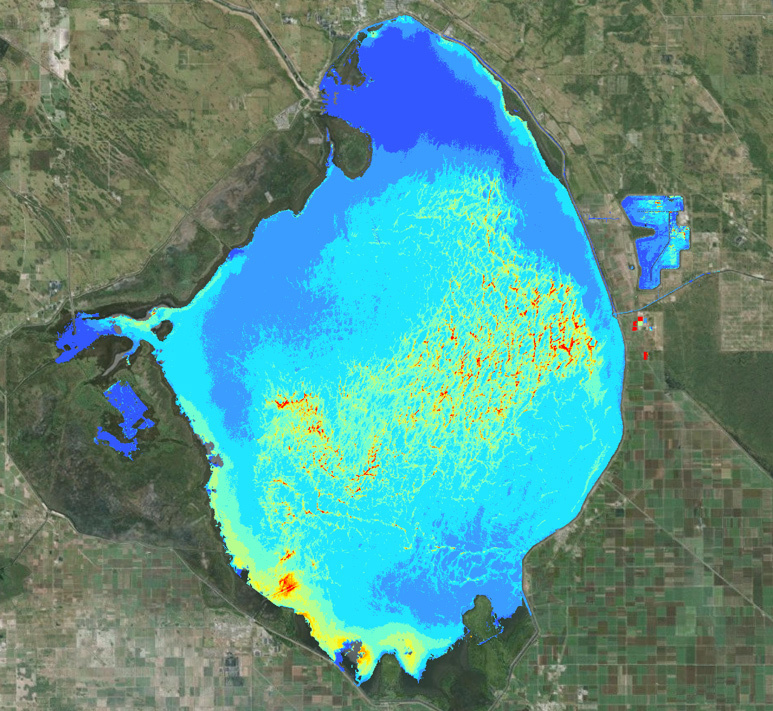 Lake Okeechobee was recently featured in national news as the primary supplier of nutrients that chocked the Port Saint Lucie waterway. Pollution from agriculture around Florida’s largest source of fresh water flows into many rivers, streams, and estuaries to Florida’s coasts. 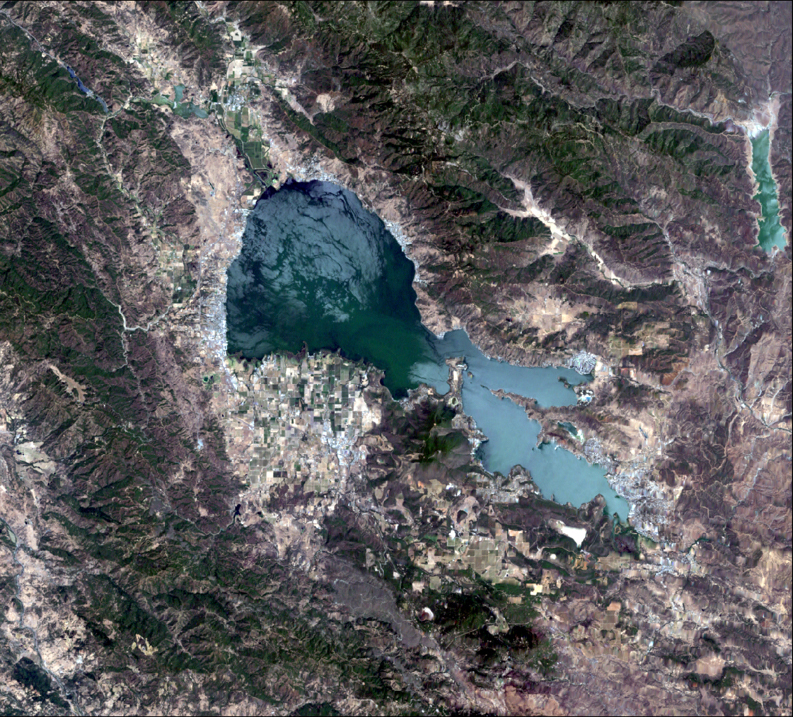 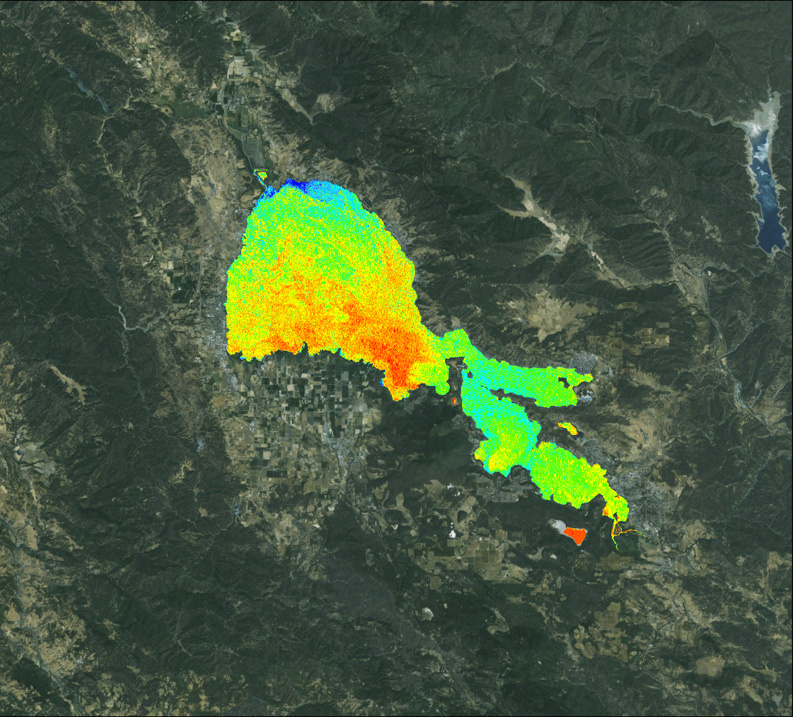 Clear Lake, California isn’t looking so clear. Known for its historically high algae content, we can paint a clear picture of where the algae is pooling with Satelytics. With the lake playing host to a wide variety of recreational activity, human exposure to harmful toxins is a high possibility. 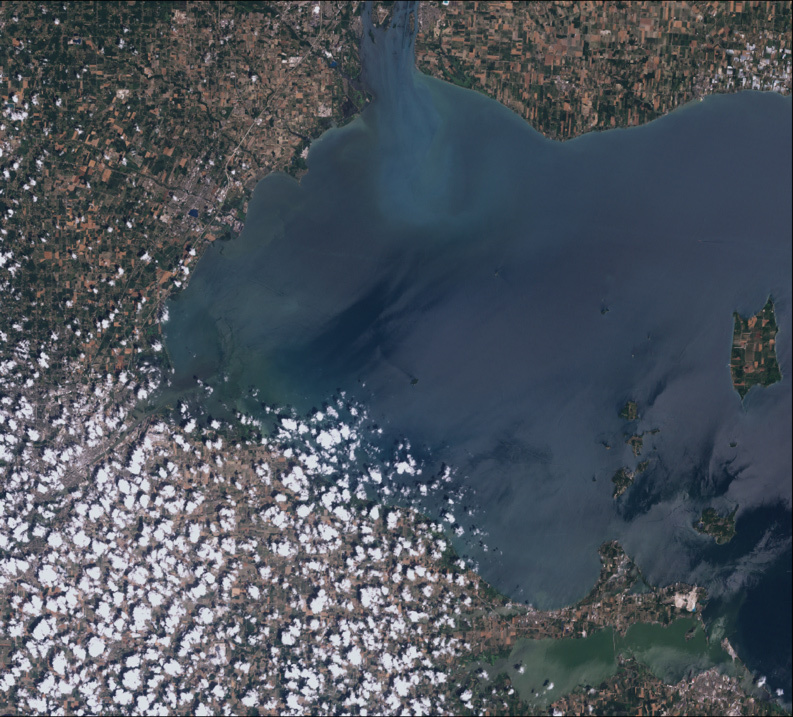 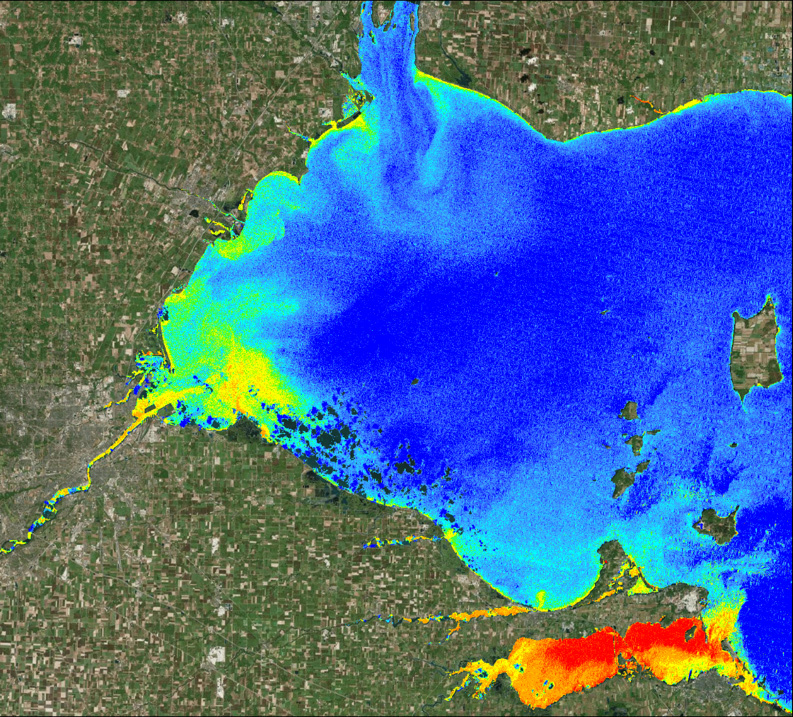 Lake Erie has had several well-documented algal blooms over recent years, most notably, with a loss of municipal water resources to over 500,000 people in August of 2014. Satelytics can easily pinpoint the origin of the toxic blooms entering the western basin of Lake Erie. River Raisin, Maumee River, Toussaint River, Portage River, and Sandusky Bay all show the point of origin for the tremendous amount of algae growth in Lake Erie.