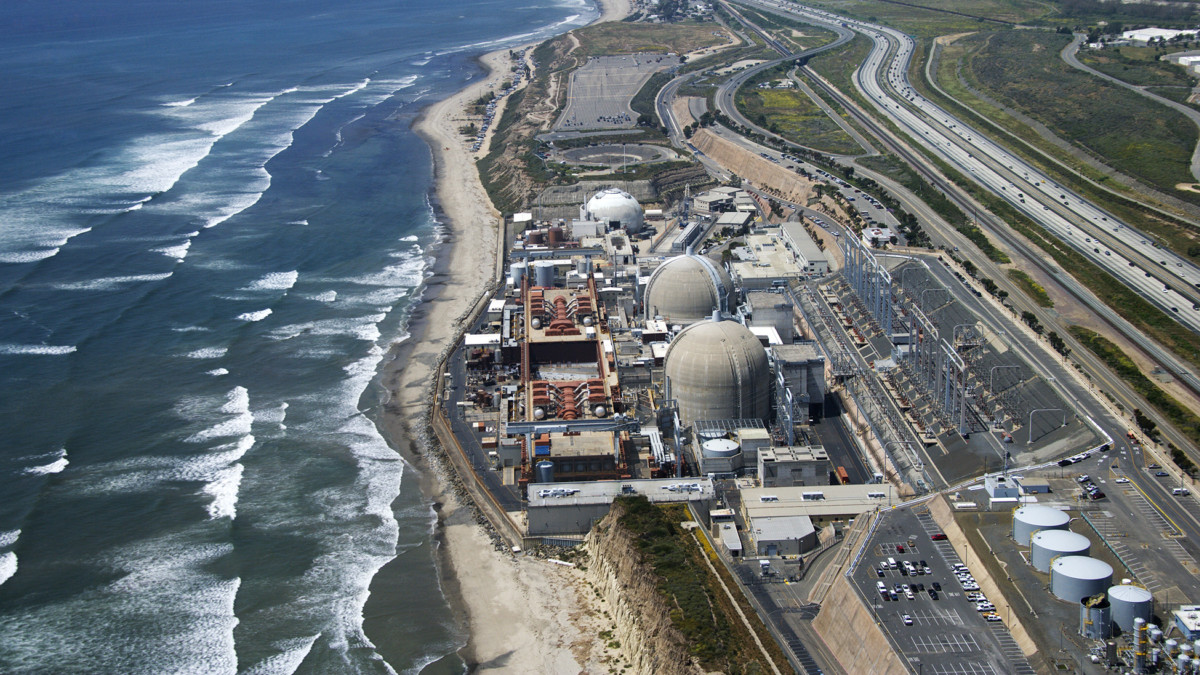 Power generating facilities built on rivers, lakes, and coasts use the abundant source of water as a coolant or to convert to steam for electricity generation. These plants both take in and discharge water, which can lead to a tremendous amount of warm water released into nearby water bodies if the water hasn’t cooled sufficiently. It can also alter the mechanics of the plant if the intake water is too warm. Thermal plumes are highly regulated by the EPA and the Department of Energy.

We were contacted by a client on Southern Lake Michigan to quantify temperatures surrounding the intake and outflow from their power plant. “Changes in water conditions resulted in a massive pooling of high temperature water near their discharge channel,” Allan Adams, Director of Science and Professional Services at Satelytics says, “eventually, it reached their intake pipe, and they began cycling recently discharged and still warm water that negatively impacted their station’s performance and equipment.”

Once this pattern of warm water movement was identified, dredging of the sediment deposit would allow the intake system to operate correctly and efficiently. The power plant discharge would be returned to the correct cooler temperatures, and the plant’s cooling system restored to efficient operation.

Satelytics was also asked to look back at historical imagery to determine when the issue had started and to uncover other times the plant had been outside of regulatory thresholds.

Failure to evaluate the full extent of water body temperature changes can lead to a fatal misunderstanding of the fundamental causes. In this case study, the company’s assets were compromised due to the intake of warm water. The system is designed to operate with cooler water, and the warmer water jeopardized the equipment operation as well as affected the correct output temperature.

Combined with the power of the cloud and highly advanced software, thermal plume management can be totally automated and proactively monitored with the rest of the power stations autonomous operations.

Satelytics provides cloud-based software for a variety of industries including oil & gas, pipeline, power utilities, and water/wastewater. Using their proprietary algorithms, Satelytics can analyze satellite imagery and detect water temperature as well as vegetation health/coverage and biological/chemical constituents both on land and in water.

Satelytics can take satellite data over large bodies of water and synthesize that information into data visualizations that easily quantify and spatially define entire thermal plumes.

Satelytics is good news for power utilities looking to cut costs while preserving their investments. That’s because they can continually monitor these thermal plumes and instantly alert plant operators to temperatures that are outside of normal thresholds. “We could have alerted them well before any damage or loss of performance had occurred,” Adams claims.

Results from Satelytics are provided through an easy-access web portal which includes charts, tables, and alerts to potential issues. Alerts can also be fed to smart phones, operations software, or third party APIs.

Thermal plume monitoring is a necessity!

With the advent of nano-satellites and satellite constellations, revisit times will decrease dramatically someday in the future allowing for near-real-time monitoring of thermal plumes at a much lower price than current methods. This is critical, because as pressure from environmental groups and regulatory bodies heats up, power stations may be under additional scrutiny for the hot water they discharge into the ecosystem.