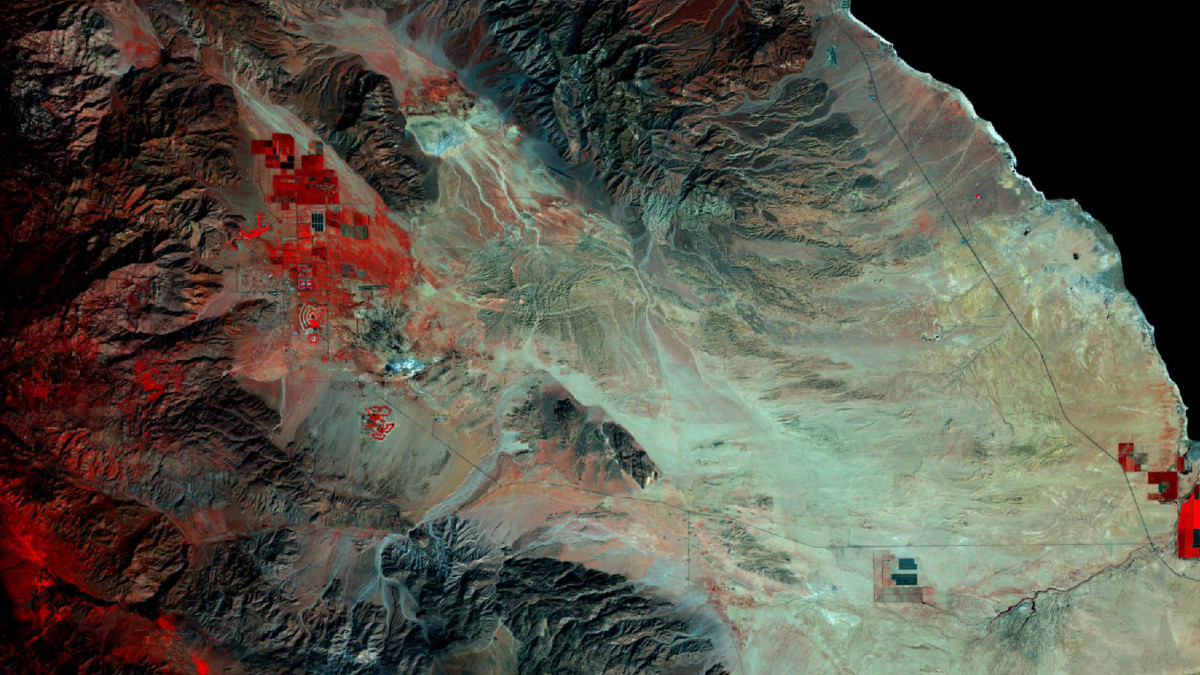 Seeing the California Desert Super Bloom from Space, Before and After Comparison

The deserts in Southern California are experiencing the biggest wildflower bloom in decades. Called the “super bloom,” nature lovers are flocking from all over the United States to catch a once-in-a-lifetime experience.

Heavy rains in the region followed by the perfect blend of sunshine and mild winds have spurred the bloom creating beautiful scenes in the barren landscape.

The flowers will only last through March, though, so get your eyeful now before time runs out. For those of you can’t attend, we’ve turned the watchful eye of Satelytics toward the lush desert scene using the same vegetation algorithms we use to monitor green infrastructure investments.

Below are two scenes, one from March 2016, the other from March of 2017, showing the stark difference in the presence and lushness of vegetation in the Anza-Borrego Desert, west of the Salton Sea in Southern California. True to the super bloom, we can see a massive increase in the amount of vegetation our algorithms were able to pick up represented by the higher saturation of reds and pinks in the 2017 image 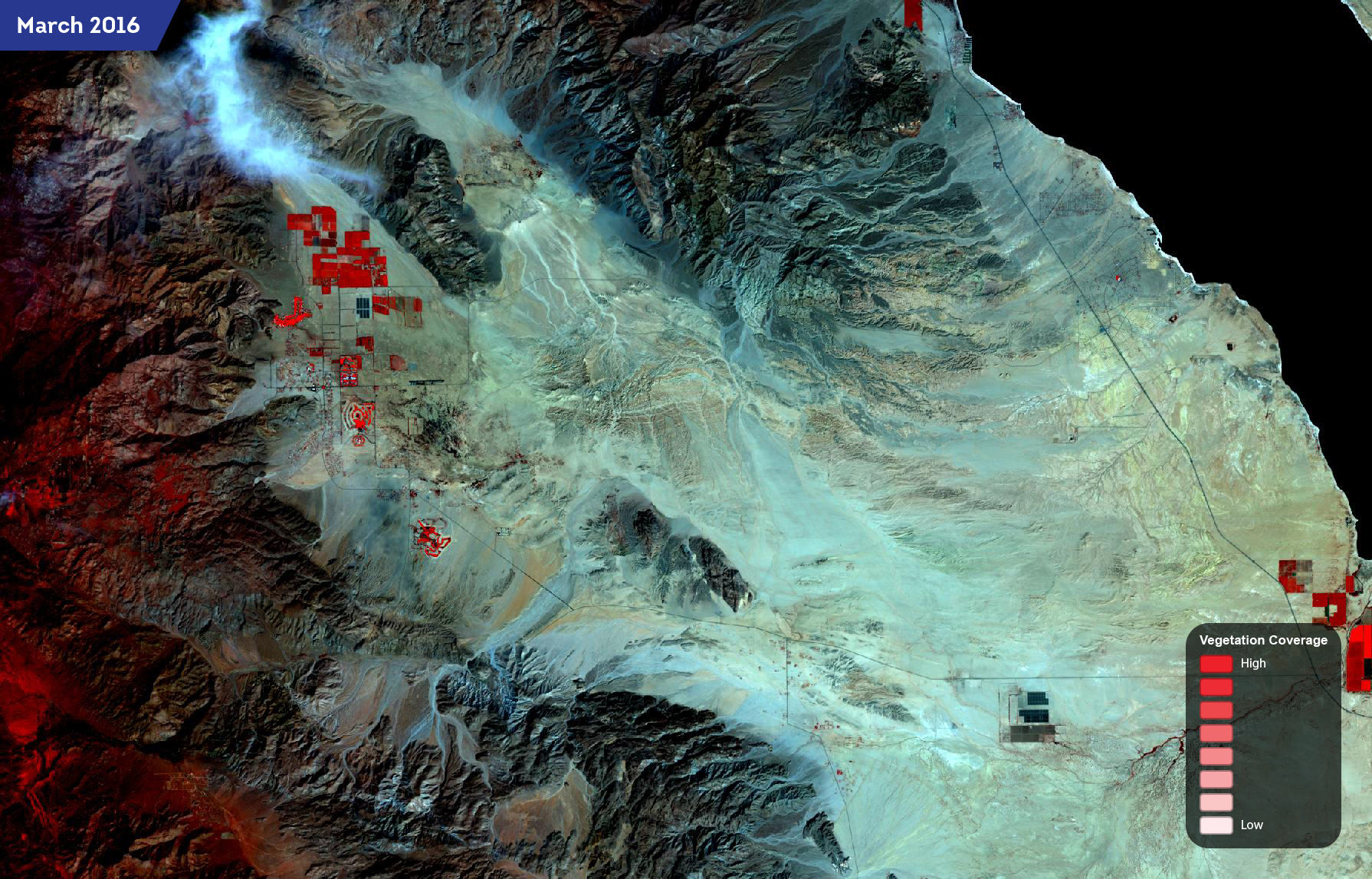 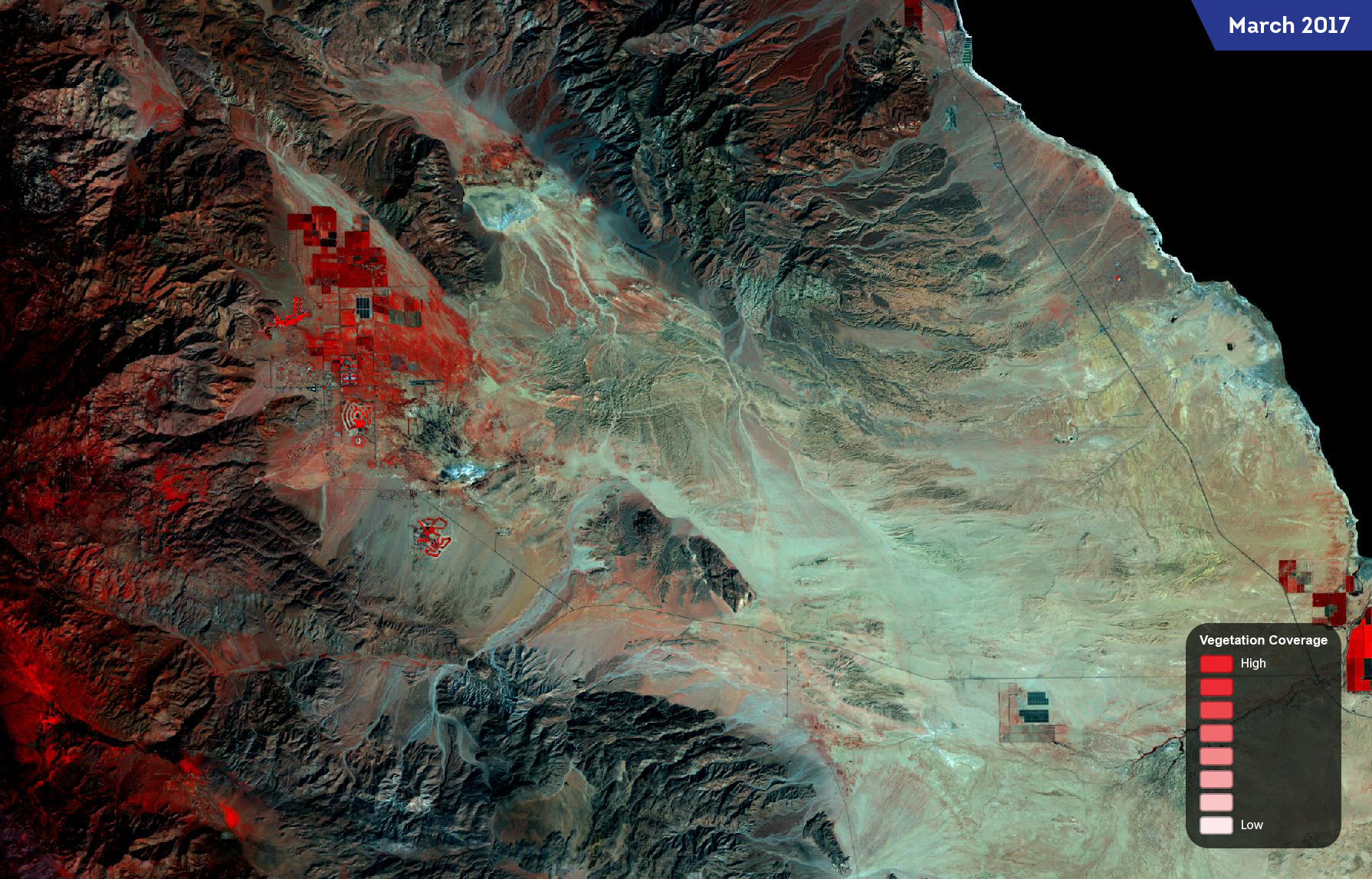 In terms of observing the super bloom, Satelytics paints a beautiful picture for those who can’t see it in person. That said, it’s much prettier from the ground.